Here is a selection of testimonials from happy clients.

I am really enjoying learning Spanish with Lynn. I attended some lessons beforehand which were great ‘holiday spanish’ but after that I wanted something more structured. The course is exactly what I wanted and with nice sprinklings of Spanish culture. Most of my lessons are via Skype but I do get a chance to attend in person when in Jávea. The teacher is faultless, the student ‘could do better’.

I have been learning with Lynn for more than 2 years. Mainly one to one lessons though in recent weeks I have had to experience online lessons as well!
Lynn is very knowledgable and thankfully very patient too. She is inventive and lessons are very flexible so that they can be adapted as issues arise. I highly recommend her for anyone wishing to study Spanish at any level from beginner to advanced student.

With our 2 children, we did a quick summer course. Although our startlevels were different, Lynn managed to teach us all a lot in a short period. She used different techniques, including some games to keep the children (12 & 13) on board. We learned a lot and it was also nice and fun. 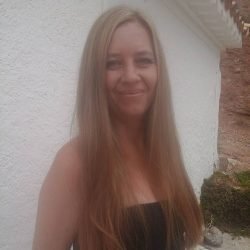 I want to give Lynn a special thank you for being the best teacher ever!!

She has been teaching me via Skype for about a year now – and has been so patient despite the dementia issues I have.

She’s calm… laughs with me not at me… doesn’t get offended when I swear like a Pompey Fishwife… and has helped me move from “getting by” to speaking much more confidently in every day life.

I appreciate that I’m tougher to teach than many because of the issues I have… but she’s awesome! I’d asked to be able to pass my citizenship exam and to not panic when five Spanish ladies all chat to me at once in the panadería queue. Getting there!!!

If someone had told me (before I started learning with Lynn) that today I would have been having quite an in depth conversation in Spanish about the differences in life in Paraguay, England and our little town here in Spain – I’d have laughed with disbelief. But that’s what my friend and I did today. That’s all thanks to you Lynn. It was hard work – but we got there. Oh and I had her wetting herself laughing when I was telling her about the silly mistakes I used to make before (ordering “polla” instead of “pollo”… telling someone “Soy caliente” instead of “tengo calor”… and ordering 4 kilos of chicken livers instead of a quarter kilo).

The only equivalent I’ve heard the other way around is when a Spanish bar owner here asked (in her very best English) if I wanted “cock” instead of “the cork”. When I explained what she’d actually said, she was on the floor.

I enjoy learning Spanish with Lynn in group lessons

I enjoy learning Spanish with Lynn in group lessons. That way we can all help each other and always end up laughing too. Lynn makes the difficult task of learning Spanish easier. She has great simple ways to help you understand and remember concepts that don’t come easy. Lynn works systematically so you can really get to grips with the basics, then readily progresses to the next level.

Lynn is a fantastic and

Lynn is a fantastic and committed teacher, and is able to adapt her methods to suit her students. She is encouraging and has infinite patience. All my family have/are benefitting from her teaching. She makes teaching look easy, but it belies the many hours of preparation and planning she puts into the whole process.

I am having fun learning Spanish

Having never spoken another language I went into learning Spanish with an open mind. After some research I felt that one to one sessions would be best and I have backed that up with a group session by way of revision. Various recommendations were made yet I made a web search and from the names provided Lynn´s website was business like and so off I went.
At first it all seemed a mystery , a bit like a thriller novel, but as the weeks passed the “light bulbs” came on and it started to come together. The course is built constructively with plenty of practice. Be prepared to be nagged frequently when you miss pronounce something but take those as key learning points. It´s a fundamental part of the learning and at times funny. i.e. “años” for years but not “anos” !!.
I have never had a moment of thinking “this is too hard” with a view to giving up. Lynn is well organised and leaves nothing to chance. Lynn´s approach works for me. If you are serious about learning Spanish then I would strongly recommend Lynn. If she can get me “over the line” she can get anyone there. Thank you Lynn.

Learning Spanish can be fun! 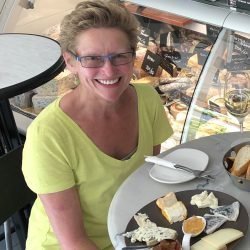 I’ve been learning Spanish via Skype with Lynn for the past seven months. It’s certainly a challenge, but Lynn is a fantastic teacher and is very patient. Her classes are well structured and where necessary, adapted to suit my progress, or lack of it, on occasion! I am really enjoying my classes and cannot recommend Lynn highly enough. As I am progressing, I’m finding that gradually things are sinking in and when I discover that I can actually understand a Spanish speaker, I’m delighted. That doesn’t happen often yet, but I know that with Lynn’s help and encouragement and practice, practice, practice, in time, I’ll be able to converse with confidence. For anyone considering learning Spanish, whatever level you’re at and whatever age, Lynn will guide you through the complex maze that is the Spanish language, with professionalism, understanding and laughter. I’ll definitely be continuing with my lessons with Lynn. 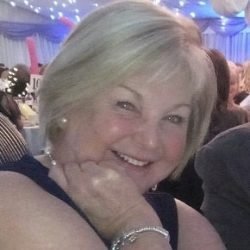 I was first of all attracted to Lynn’s very organised approach to her teaching role. I have been receiving 1:1 sessions by Skype for a couple of years. She is totally reliable, never cancels a session and is very punctual. Whilst she “session plans” she is also very flexible, allowing me to completely change the agenda to whatever is bothering me at the time. I am not the quickest learner and she never criticises me for repeating things time and time again. I always feel that I have received value for money as she keeps me focussed for the whole hour, allowing just a few minutes for friendly banter. She has lots of teaching material and I never get bogged down on a subject or bored. In short, Lynn is fabulous.

I have tried to learn Spanish with a number of teachers since I moved to Spain three years ago but have never really made any progress until my wife found Lynn online. Lynn has been teaching me from a very basic level and whilst I still have loads to learn am now able to perform every day tasks and activities with ease. In all honesty I couldn’t recommend Lynn any more highly, she really is a excellent teacher, flexible and understanding, and I am extremely happy I am able to continue learning with her.