Firstly – what’s an adjective?
An adjective is a describing word. The word which describes a noun – a thing. So that includes all colours, size, opinion, origin etc.

…that in English the order of adjectives is really clear, & although we might not be aware of the rule, if someone uses them out of order it sounds really weird!

The order we use in English is as follows:
Opinion; size; physical condition; shape; age; colour; origin; material; purpose.

So we can have an unusual, big, dirty, round, old, black, French, wooden coffee table.

Try saying them out of order – it just doesn’t sound right!

Guess what? Apart from nearly all adjectives going after the noun in Spanish, if you use several you can use them in any order you like!

Just remember that if you have two together, you need ‘and’ in between them, and a longer list will have commas in between them until you get to the last two.

Adjectives which always go before the noun

This is the most useful group to try to remember. If it isn’t in this group, then it goes after the noun, or it doesn’t make a difference – so put it after the noun & you can’t go wrong!

Quality words – those which describe an inherent characteristic, although in other contexts will go after the noun

Los pies fríos – it isn’t a characteristic of the feet

Adjectives which change the meaning with their position

This isn’t all of them, but they should help give you an idea.

Su nuevo coche – his new (to him) car

Esa pobre familia – that poor family, in the sense that they’re going through a bad time, not necessarily financially.

Esa familia pobre – that poor family, in the sense that they are financially poor.

una media pizza – half a pizza 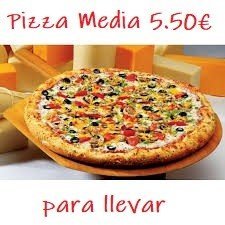 Adjectives which can go either side of the noun

without changing the meaning

A long heading – but only two adjectives!

Just remember that you need to change them for gender & number, & that when used before a singular masculine noun, the ‘o’ is dropped, to become buen & mal.