Usually during the very first lesson for beginners I explain that children in Spanish schools don’t have spelling tests at school in the way that they do in English schools – simply because it’s a very phonetic language & the spelling of words is pretty straighforward. Also because the letters only have one ‘sound’, it makes it pretty predictable.

And lots of people do confuse them…….  I just saw a facebook conversation between two Spanish people …. one had used ‘aver’ & the other ‘havia’.……. neither of which exist!

Here are some pictures which should help! 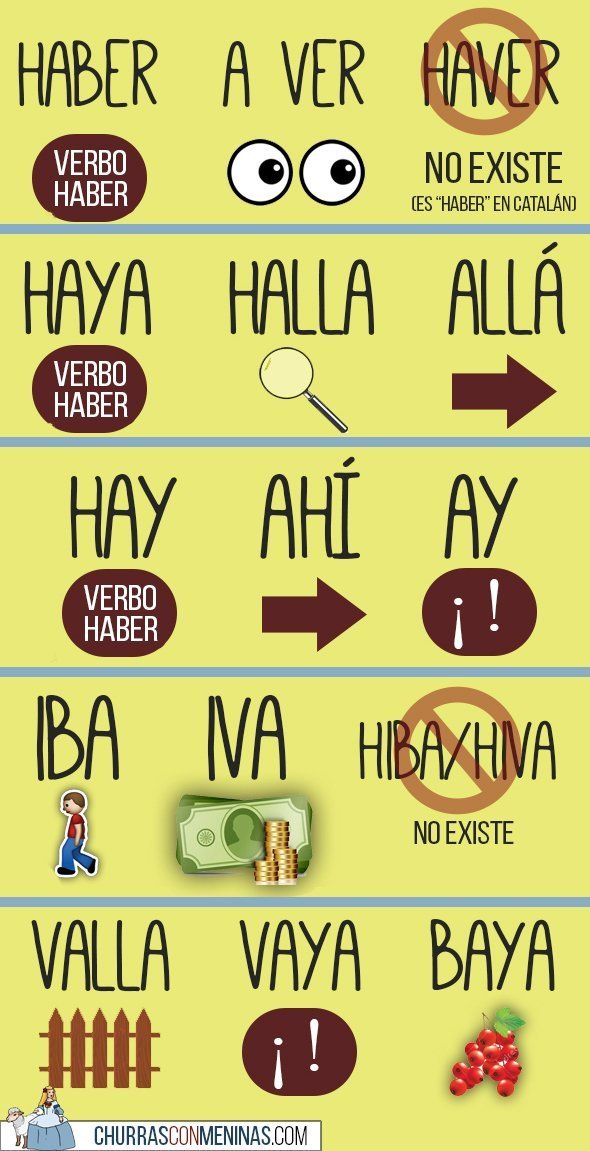 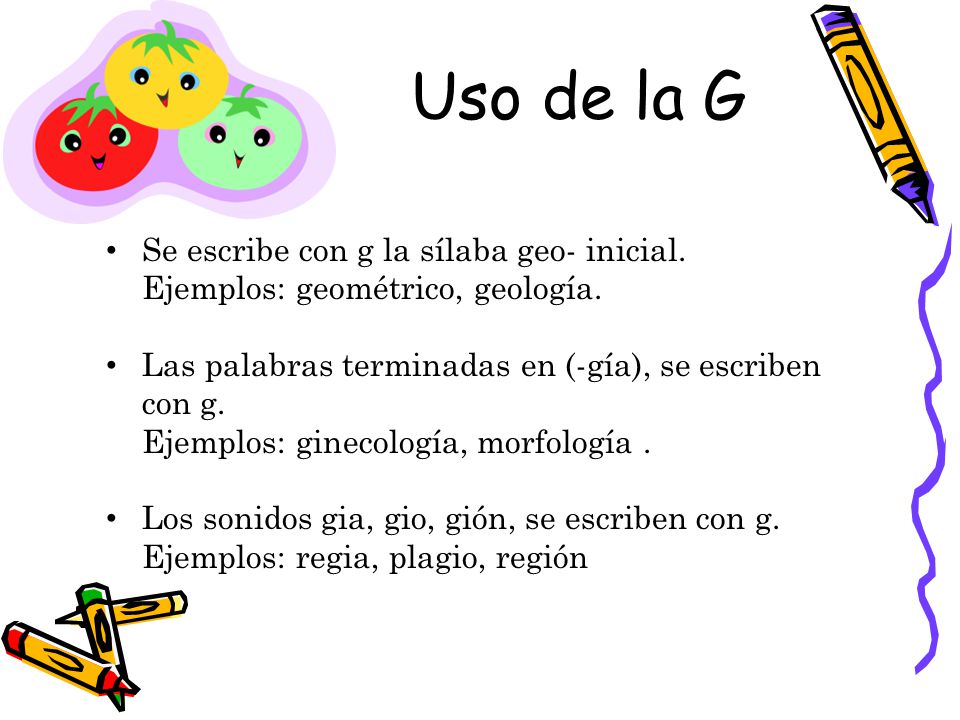 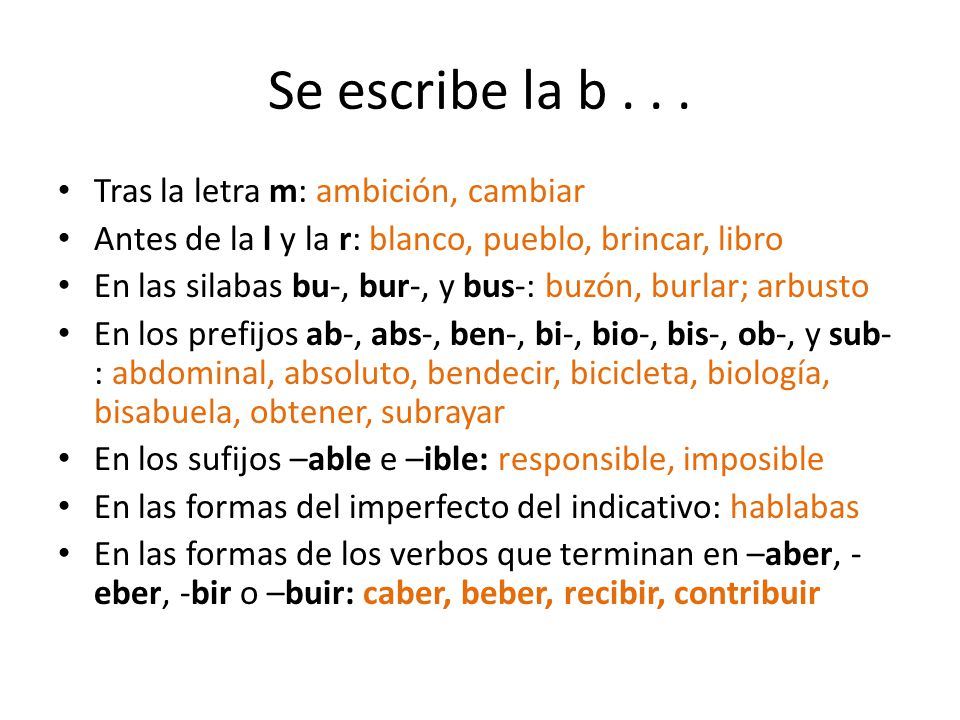 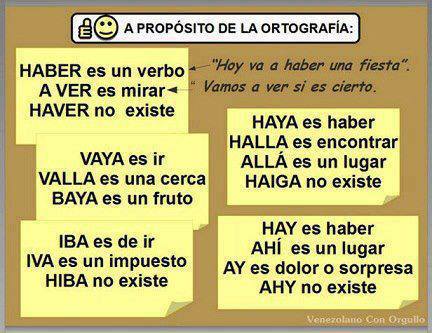 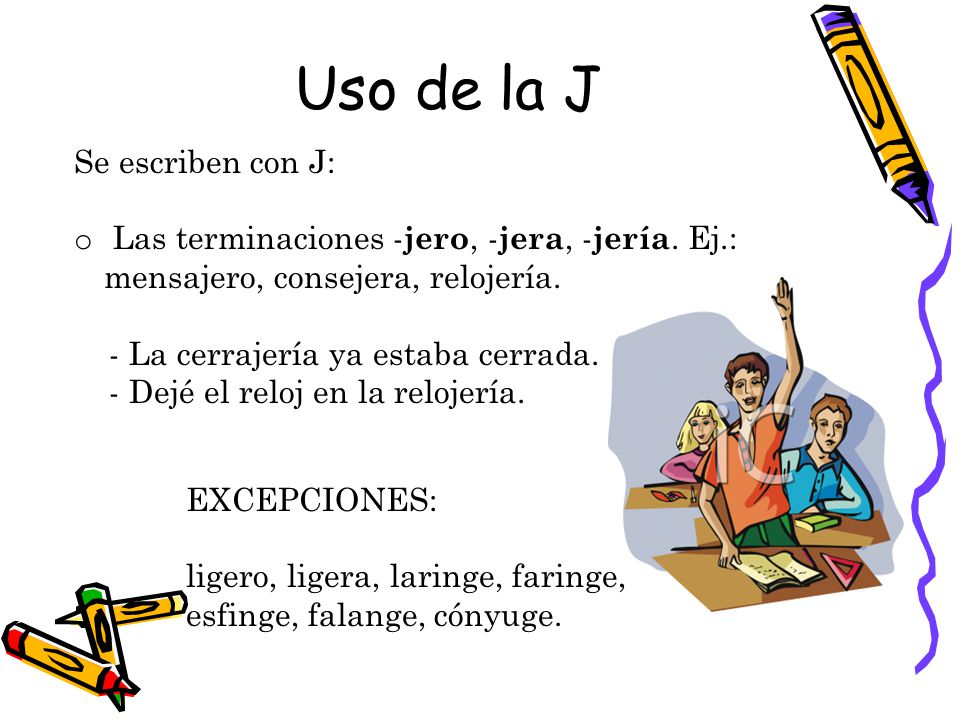 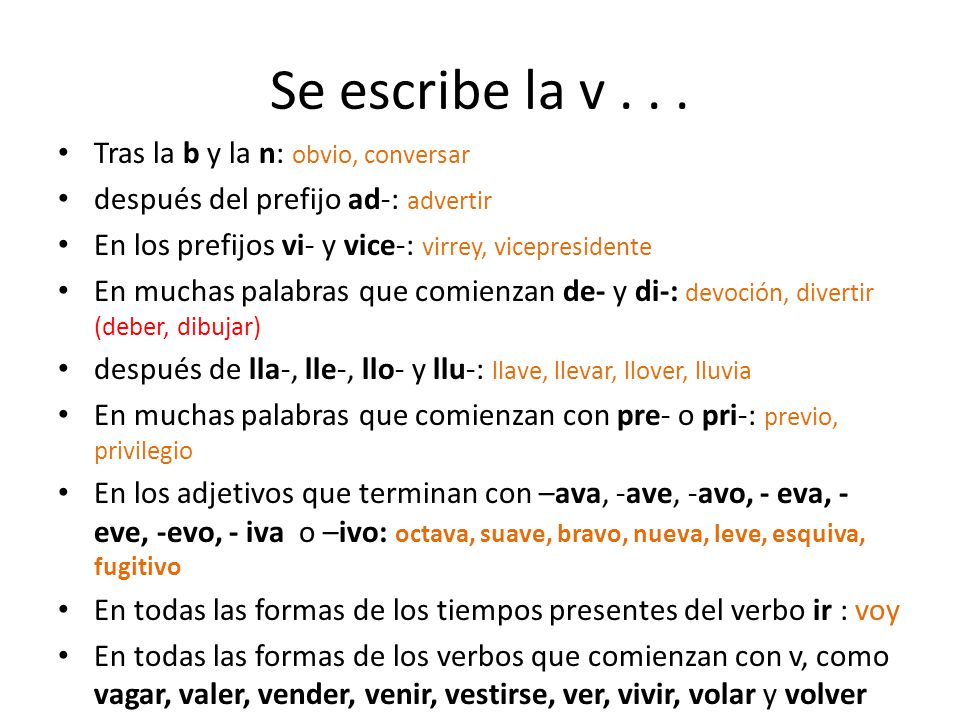 WHY DID MY SPANISH TEACHER LIE TO ME?