DO I HAVE TO EXCHANGE / RENEW MY EU DRIVING LICENCE?

NB. Due to Brexit, holders of UK issued licences resident in Spain must register their intention to change to a Spanish issued licence by 31/1/20. This can be done via the DGT website. They then have 9 months in which to do the change.

Those not registered by the deadline will be treated as non-EU citizens & be required to take a driving test. Assuming the rules will be the same as for most other non-EU citizens, it’s probable that they will only be permitted to drive on the UK issued licence for 6 months, after which time they would be deemed to be driving without a licence if they haven’t passed the driving test in Spain.

The written test can be taken in English, but the practical will be in Spanish. 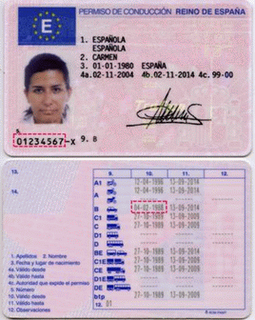 Those who need to renew / extend their licences are the following:

The documentation you will require is as follows:

It’s worth mentioning that although you will, at the end of this process have a Spanish /EU licence, rather than one issued by the country in which you took your driving test, you are not technically exchanging it – you are renewing it, because under the DGT rules it is out of date.

Here’s a link to the DGT

THE CONVENIO ESPECIAL ‘Buy in’ to state healthcare in Spain.

Important healthcare news for pensioners in the Valencia region