It started as a plume of heavy black smoke piercing the deep blue afternoon sky above Jávea. Some 24 hours later, almost 450 hectares, the vast majority of which lays within the boundaries of the Parque Natural del Montgó, had been consumed by flames, leaving both Jávea and Dénia lamenting the scorched legacy of one of the fiercest infernos for some 15 years. It is an extraordinary disaster, both ecologically and economically that will be felt in the area for some time. The nature reserve of Cabo de San Antonio is one of the most important natural areas in the Spanish Mediterranean and mayor José Chulvi made no exaggeration when he considered the blaze to have been “a monumental disaster”. Whilst there are many theories among the populations of both Jávea and Dénia as to the cause of the inferno, authorities say that it is too early to be sure what ignited the flames. However questions are already being asked as to how such an inferno can be prevented in the future.

around 6am Friday morning 12th September – photos by Jessica Cobb 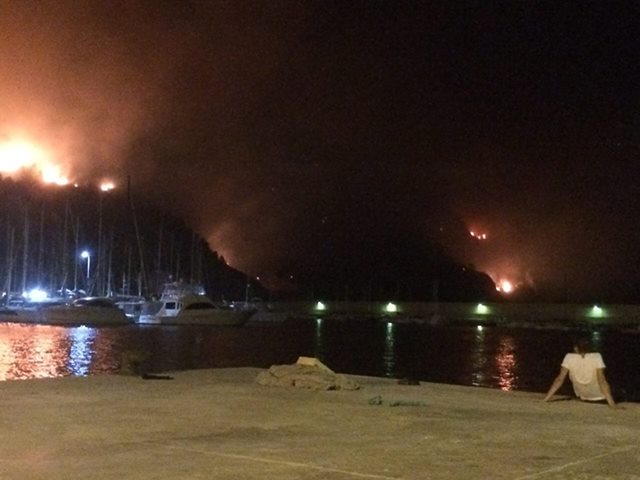 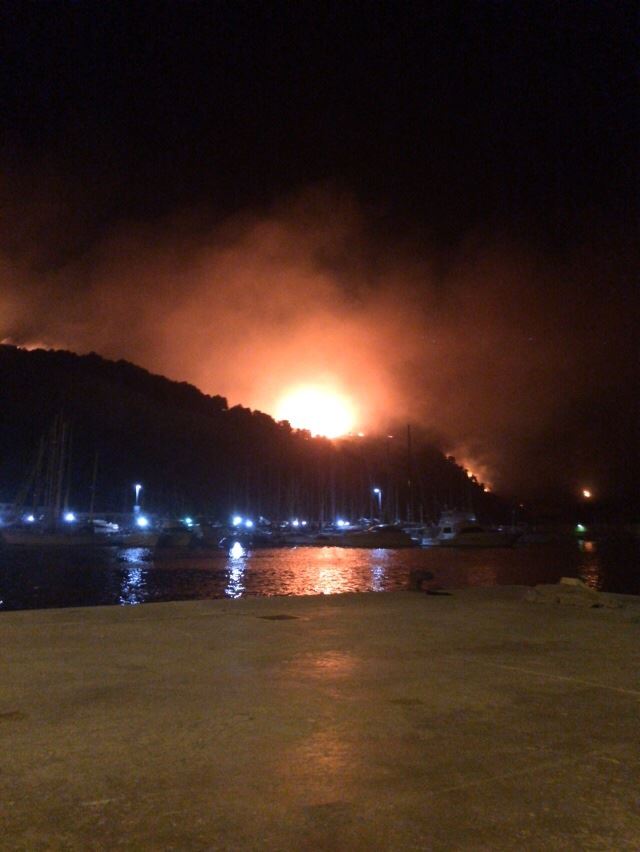 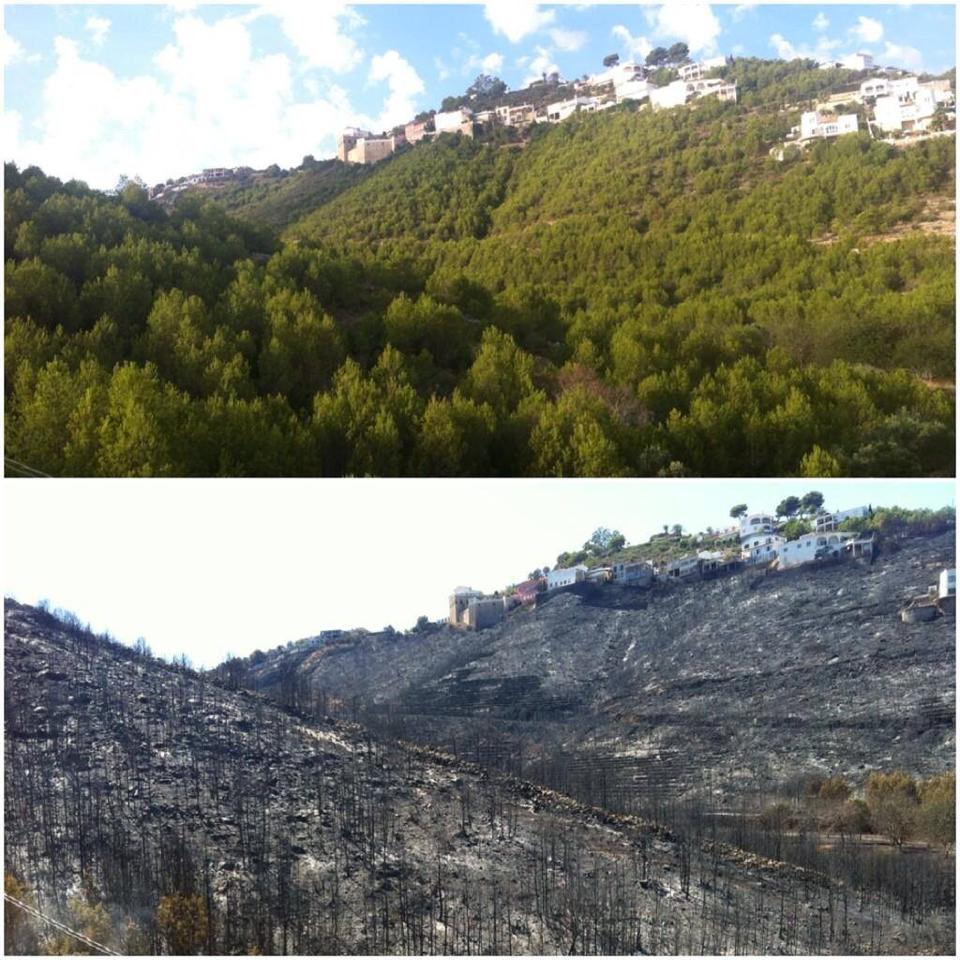 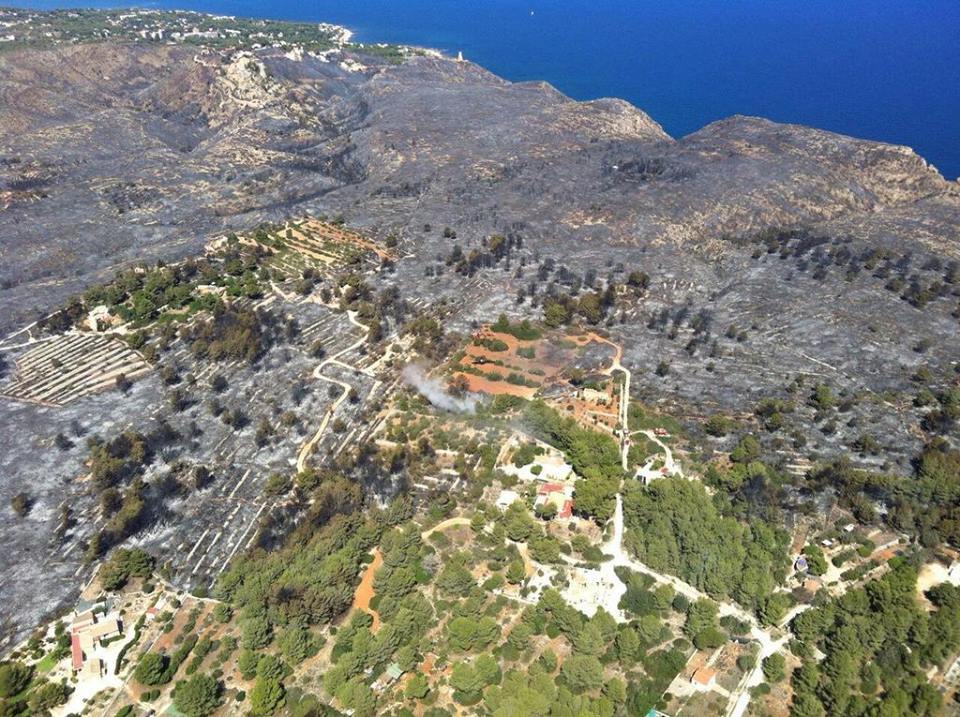 the bright green area shows the extent of the damage

WHY DID MY SPANISH TEACHER LIE TO ME?